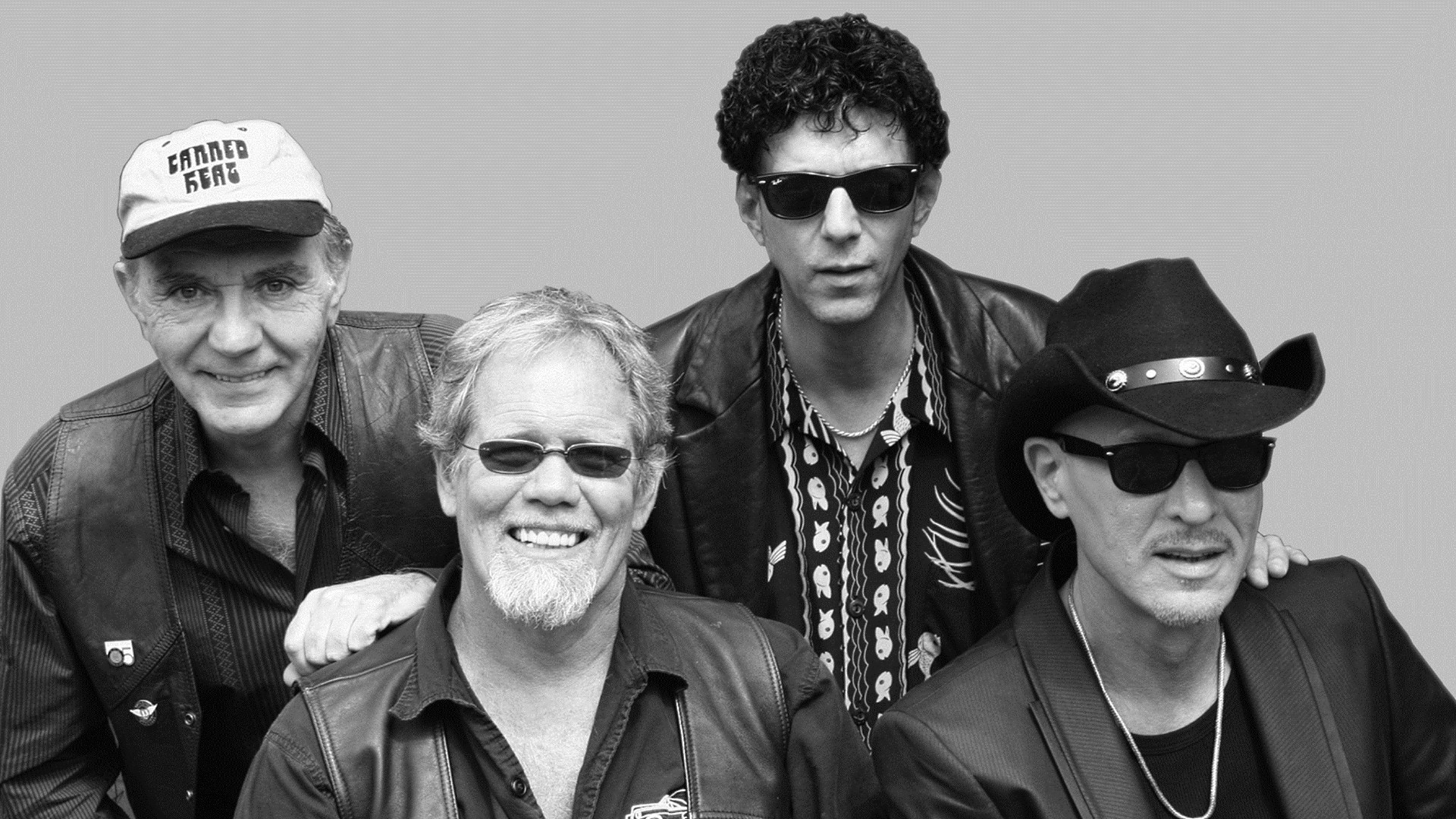 A hard-luck blues band of the ’60s, was founded by blues historians and record collectors Alan Wilson and Bob Hite. They seemed to be on the right track and played all the right festivals (including Monterey and Woodstock, making it very prominently into the documentaries about both) but somehow never found a lasting audience.

Certainly their hearts were in the right place. Canned Heat’s debut album — released shortly after their appearance at Monterey — was every bit as deep into the roots of the blues as any other combo of the time mining similar turf, with the exception of the original Paul Butterfield band.

Hite was nicknamed “The Bear” and stalked the stage in the time-honored tradition of Howlin’ Wolf and other large-proportioned bluesmen. Wilson was an extraordinary harmonica player. His work on guitar,(he played on Son House’s rediscovery recordings of the mid-’60s) gave the band a depth and texture that most other rhythm players could only aspire to.

This debut long-player from Canned Heat was issued shortly after their appearance at the Monterey International Pop Music Festival. That performance was not only the combo’s entry into the burgeoning underground rock & roll scene, but was also among the first high-profile showcases to garner national and international attention.

Canned Heat’s second long-player, ‘Boogie with Canned Heat’ pretty well sums up the blend of amplified late-’60s electric rhythm and blues, with an expressed emphasis on loose and limber boogie-woogie. The quintet — consisting of Alan “Blind Owl” Wilson (guitar/harmonica/vocals), Larry “The Mole” Taylor (bass), Henry “Sunflower” Vestine (guitar), Aldolfo “Fido” Dela Parra (drums), and Bob “The Bear” Hite (vocals) — follow up their debut effort with another batch of authentic interpretations, augmented by their own exceptional instrumentation. For enthusiasts as well as listeners curious about the oft-overlooked combo, this is an essential, if not compulsory platter.

The final Canned Heat album to feature co-founder Alan Wilson, ‘Future Blues’ was also one of their best, surprisingly restrained as a studio creation by the band, the whole thing clocking in at under 36 minutes, as long as some single jams on their live discs. It was also one of their most stylistically diverse efforts. This album is highly recommended.