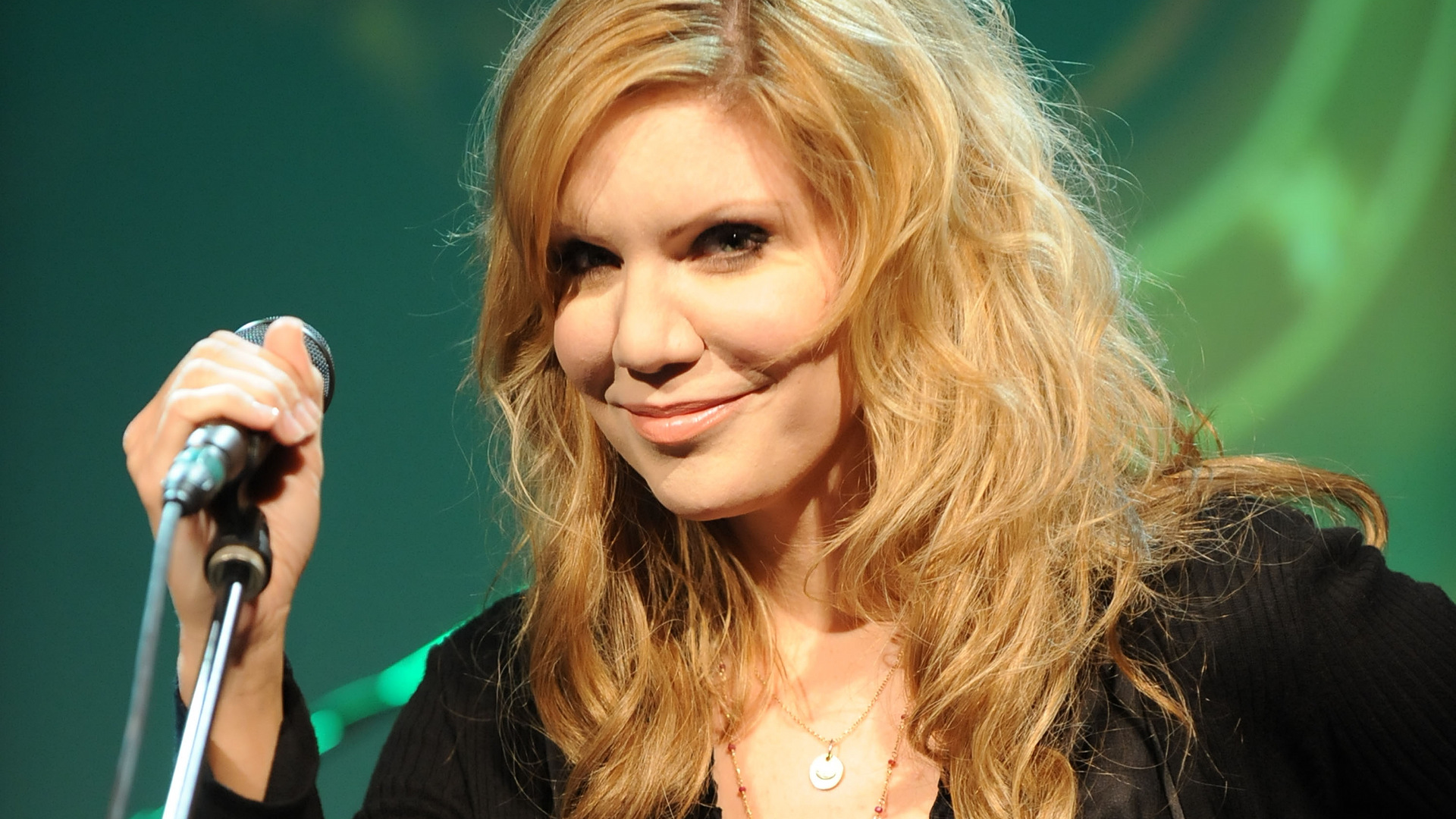 Alison Krauss (born 1971) is an American bluegrass-country singer and musician. She signed with Rounder Records in 1985 and released her first solo album in 1987. She was invited to join the band with which she still performs, Alison Krauss and Union Station (AKUS), and later released her first album with them as a group in 1989.
She has released fourteen albums, appeared on numerous soundtracks, and helped renew interest in bluegrass music in the United States. Her soundtrack performances have led to further popularity, including the ‘O Brother, Where Art Thou?’ soundtrack, an album also credited with raising American interest in bluegrass, and the ‘Cold Mountain’ soundtrack, which led to her performance at the 2004 Academy Awards.
As of 2016, she has won 27 Grammy Awards from 41 nominations, making her the most awarded living recipient, second only to classical conductor Georg Solti, who holds the record for most wins with 31. She is the most awarded singer and the most awarded female artist in Grammy history.

Alison Krauss had been recording a decade before she gained stardom, but she became a star in a big way. ‘Now That I’ve Found You: A Collection’, a retrospective of her ten-year recording career for Rounder, became the surprise hit of 1995, rocketing to number two on the country charts and into the Top 15 on the pop charts, which is remarkable for a musician who had never captured the attention of a mass audience. It may have been a surprising success, but it also was deserved. Krauss was arguably the leading bluegrass musician of the late ’80s and early ’90s, pushing the music into new directions without losing sight of its roots. ‘Now That I’ve Found You’ does a splendid job of chronicling her career, hitting all of the highlights and making a new listener eager to seek out her albums.

After mainstream success happened for Alison Krauss & Union Station, one would have rightly expected a commercial sweetening of their sound, resulting in diminishing (or even abandoning) the simple but very unique thing that brought them into the public eye — and eventual public acclaim — in the first place. But the group’s first new recording in the wake of the surprise success of ‘Now That I’ve Found You: A Collection’ finds Alison Krauss & Union Station happily keeping their eclectic focus firmly on the prize stretched before them with no silly attempts to court the hat-hunk-of-the-month or the boot-boogie crowd. All in all, this is a totally un-gimmicky album that flies in the face of what usually happens when mainstream success comes calling. And, as a result of that commitment to quality and musical focus, one that makes you want to play it again when it’s all over.

What seems to be an unlikely pairing of former Led Zeppelin vocalist Robert Plant and bluegrass superstar Alison Krauss is actually one of the most effortless-sounding duos in modern popular music. The bridge seems to be producer T-Bone Burnett and the band he assembled for this outing. These two voices meld together seamlessly; they will not be swallowed even when the production is bigger than the song. They don’t soar, they don’t roar, they simply sing songs that offer different shades of meaning as a result of this welcome collaboration. A great album.