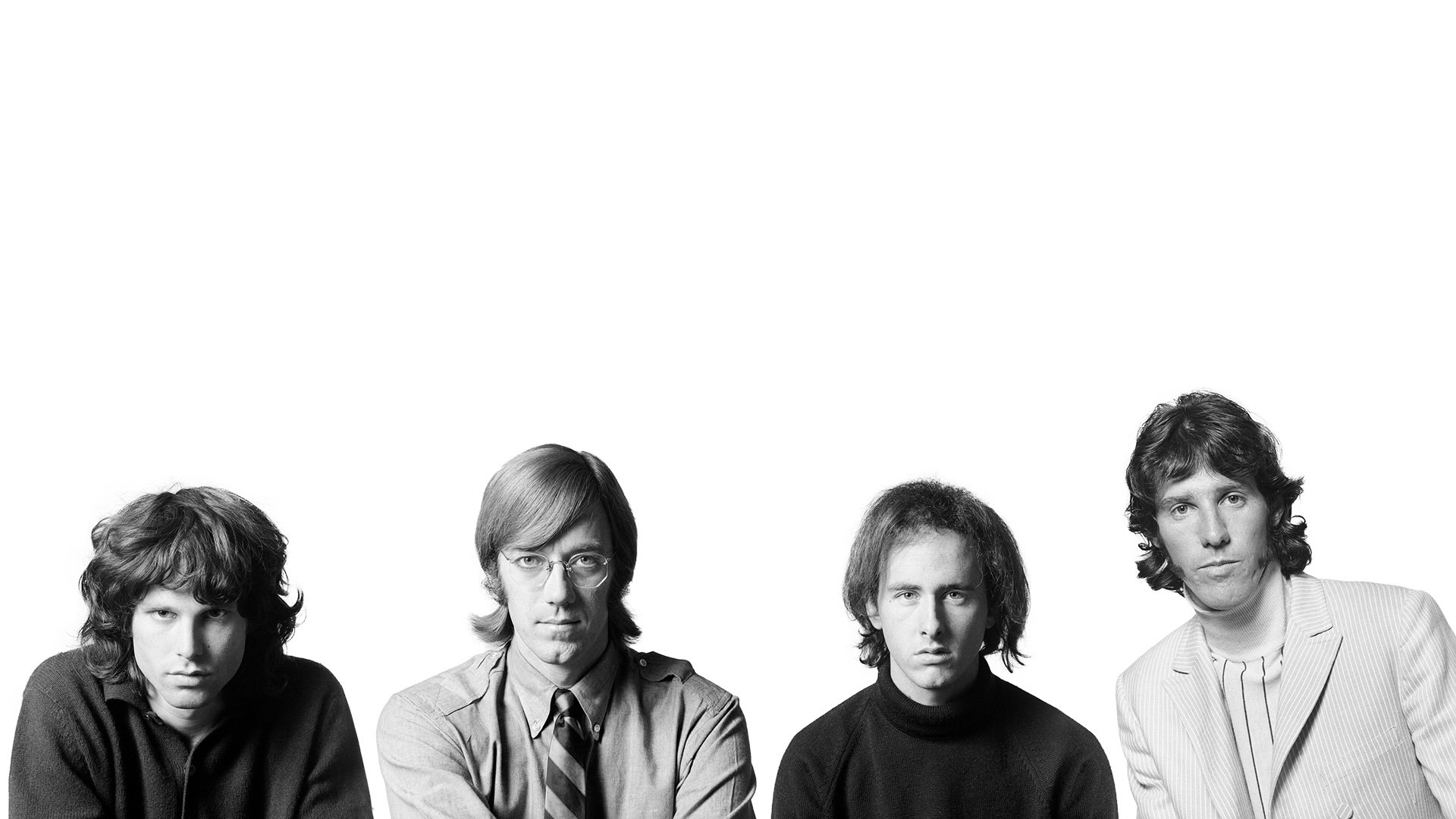 The Doors were an American rock band formed in 1965 in Los Angeles, with vocalist Jim Morrison, keyboardist Ray Manzarek, guitarist Robby Krieger, and drummer John Densmore. They were unique and among the most controversial and influential rock acts of the 1960s, mostly because of Morrison’s lyrics and charismatic but unpredictable stage persona. After Morrison’s death in 1971, the remaining members continued as a trio until disbanding in 1973.
Signing with Elektra Records in 1966, the Doors released eight albums between 1967 and 1971. All but one hit the Top 10 on the Billboard 200 and went platinum or better. Their self-titled debut album (1967) was their first in a series of Top 10 albums in the United States, followed by ‘Strange Days’ (also 1967), ‘Waiting for the Sun’ (1968), ‘The Soft Parade” (1969), ‘Morrison Hote’l (1970), ‘Absolutely Live (1970) and ‘L.A. Woman’ (1971), with 20 Gold, 14 Platinum, 5 Multi-Platinum and 1 Diamond album awards in the United States .
By the end of 1971, it was reported that the Doors had sold 4,190,457 albums domestically and 7,750,642 singles. Three of the band’s studio albums, the self-titled debut, ‘L.A. Woman’, and ‘Strange Days’, were featured in Rolling Stone’s 500 Greatest Albums of All Time. The Doors were inducted into the Rock and Roll Hall of Fame in 1993.

Poetic lyrics set to a classic rock beat. A fantastic debut album containing some epic songs ie ‘Light My Fire’, ‘Break On Through’ and ‘The End’.

Another gem as the band returned to their blues roots and their sound was complemented by some raw blues from the great Lonnie Mack. Includes ‘Queen Of The Highway’, ‘Roadhouse Blues’ and ‘Land Ho!’ An essential record.

The renaissance and artistic success continued with this album. Unfortunately Morrison’s behaviour was becoming more erratic at this stage and the seeds of the band’s demise were sown at this stage. Morrison’s final testament shows him at the peak of his lyrical ability. A worthy final album and again brim full of great songs; ‘Riders Of The Storm’, ‘Love Her Madly’ and ‘The Changeling’ to name but three.

0 thoughts on “The Witching Hour Sessions – The Doors”