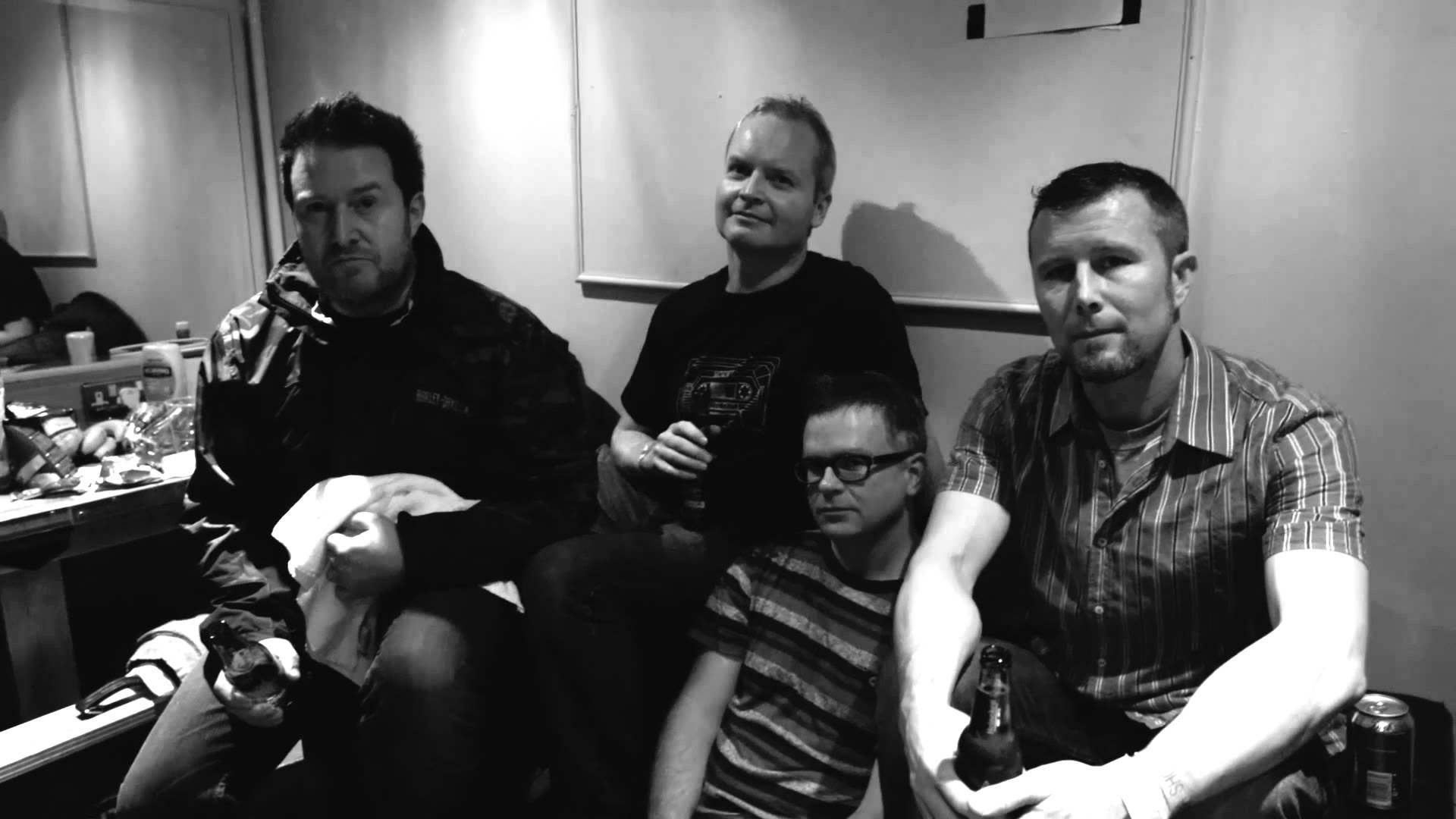 (Info taken from cups of coffee with Darragh and the remainder from the internet).
No introduction needed. But here goes!
From the bastion of hurling, alternative metal band Kerbdog (Nirvana + Metallica + Sonic Youth with a shake of Husker Du thrown in?) were formed in Kilkenny in 1991 and were originally called Rollercoaster.
Founding members were Darragh Butler, Colin Fennelly, Cormac Battle and a little later, Billy Dalton. The band signed a 2 album contract to Mercury Records in 1993 and released their self-titled debut album on the subsidiary Vertigo in 1994. The album was critically well received in the UK and Europe and also got extensive exposure on US college radio. The album producer , Jack Endino, who worked on Mudhoney, Soundgarden and Nirvana records said that the album was a very solid record and it would build the foundation of a career for the band. He believed in their talent and felt that Kerbdog were going to evolve into an even better band. Praise from the master indeed!
In 1995 the band travelled to Los Angeles to record their second album ‘On The Turn’. This time produced by GGGarth , who had previously worked with Rage Against The Machine.
Around this time Mercury Records were bought over by PolyGram and the album was repeatedly delayed before being released in 1997. Inter-label business tooing and frooing left the band in limbo in regards to a record contract and definitely had a negative impact on their career at this most critical and important point of it. Kerbdog recorded a six track demo at Sun Studios, Dublin in May 1997, with the aim of securing a new record deal. An unnamed record company (believed to have been Dreamworks Records, a subdivision of Geffen Records) expressed an interest in bringing the band to the United States and buying the rights to the ‘On The Turn album’ from Mercury Records; an offer was made to Mercury and rejected. Without an album to promote Kerbdog with in the States, the record company declined to sign the band. However, that’s a story for another day.
Kerbdog disbanded after a final Dublin gig in 1998 but reformed occasionally and released their first live album ‘Congregation’ in 2014.
So there we go, a brief look at the mighty Kerbdog who have left us a fine legacy of 3 excellent albums. And who knows, there could be life in the old ‘dog yet.

Kerbdog – Dead Anyway. Song from their self-titled debut album, recorded in Rockfield Studios, Wales in 1993 by Jack Endino. Kerbdog are back playing gigs in Ireland in 2011. Check out http://www.kerbdog.com/forums

I was lucky enough to accompany Kerbdog on a few dates of their 2014 tour in support of their new live album, Congregation. Heres a little tour video I shot of the guys doing what they do best. It features live footage and some nice words from Frank Turner, Jamie Lenman, Paul Flanagan (who first signed the band) and the band themselves.

Kerbdog – A grunge band from Kilkenny in southern Ireland who begain writing in 1991. There music is described as ‘an unbending alloy of matt-black, titanium-tough Metal and shimmering Melody.